Woggy Girl is my dog. Not just any dog either. She’s a fame hound…loves attention…has a massive ‘star ego’ and uses those heart-melting brown eyes with expert precision. When the opportunity came for a starring role in MeanKitty’s blog, she jumped all over it. MeanKitty might be a cat, but being cast as a feature lead isn’t something Wog could pass up. And even though this blog post is from a few years back, Woggy wants her 15 minutes of fame. Anytime, anywhere.

Here’s a link to where the blog this was originally posted on: MEANKITTY BLOG

Monday we interviewed adventure romance writer Monica McCabe and today I am allowing her dog, Woggy Girl, to answer questions.

1) So, your human writes books. Are they (a) full of praise and hyped up lies about dogs; or (b) do they contain interesting stories? If A, interview is over. If B, you may continue.

Hyped up lies? Hey, dogs are loyal. Dogs are fierce. And this dog has a lot to do around this household. I mean, my humans have 3 cats! Do you know what I go through each day just to protect them from the possibility of contamination? And let’s not talk about what’s happening with my water bowl.

2) If writers are supposed to be so smart, why does your writer have a dog instead of a cat when it’s common knowledge cats are better? Does that mean your writer isn’t very smart?

Hey, you harbor a cat bias or something? Because that’s just wrong. The press should be neutral. At least my humans balance it out. It might be 3 to 1 in this household, but this 1 dog can take on those 3 ancient cats. Easy.

3) So why did your human end up a writer instead of a animal sanctuary owner or something like that?

Well, I cut the humans some slack. The female is a weak point though. She’d take in every stray cat in a 20 mile radius if I let her. (shudder). Fortunately I keep her controlled. I also control the squirrel population. The varmits run amok around here because she actually feeds them. It’s like she wants them here. I can’t imagine what makes her tick.

4) Does being a writer mean your human is home all day and easy to access? What is her day like?

Both humans have a day job. It’s my duty to protect the homestead in their absence. I’m good at it too. So don’t try anything.

5) As a dog, you’re probably not devious or fascinating, but on the off-chance you do have feline traits, what are your techniques for distracting your human during crucial writing moments?

Your bias is showing again. And don’t insult me with the feline traits nonsense. My biggest weapon in my arsenal is big brown eyes. The humans fall prey to them every time.

6) What indignities and neglect have you suffered because of your human’s writing career (besides the absence of a cat to properly rule the house)?

I got cats, unfortunately. That’s probably the biggest indignity. I mean, they actually expect me to guard them. Though sometimes I have to protect the humans from the felines, because they’d take over in an instant if I wasn’t vigilant. They might be old, but they are sneaky.

7) We’ve established your human doesn’t write stories full of hyped up lies about dogs. Tell me about the felines in your human’s fiction. How often do they appear and how big a part do they play?

Ha! Boss Man, the cat in Diamond Legacy, had so small a part you’d miss him if you blinked. Me, on the other hand, I’m the biggest star of Emerald Fire. People love me, Woggy Girl. I’m impossible to ignore, I’m supremely talented (especially when it comes to chasing squirrels), and I can smell an award coming for my performance.

8) When your human gets together with other writers, do they spend half their time sniffing each other’s butts like dogs do?

9) What is your human’s next project (bonus points if you answer: getting a cat)?

A young adult novel. I heard a rumor there is a monkey involved. Heaven help me if they get one of those.

I feel compelled to note here that I’m not the media, I’m the Meankitty. Bias is one of my middle names, heh. 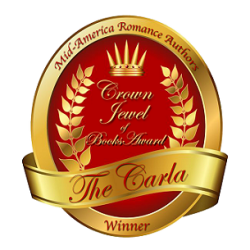